​Daria Van Doren began Irish dancing at the age of 10. Under the instruction of Sinead Curran, TCRG and Noelle Curran, ADCRG, she progressed through the grade levels to the championship level. She assisted with classes throughout high school, sparking her interest in teaching Irish dance in the future. After the closing of the Curran School, Daria enrolled in the Slattery School of Irish Dance.

Competitively, Daria has competed in Local, Regional, and National Irish Dancing Championships. She has medaled in solo and team events, including top 3 placements in 4-hand and top 10 placements in 8-hand competitions at the Regional Oireachtas. Daria has also performed in community events throughout New Jersey, including St. Patrick’s Day parades, nursing homes, weddings, dinner dances, Macy’s Shop for a Cause, and Somerset Patriots pre-shows.

Daria is a senior at Moravian College pursuing a Bachelor of Science in Nursing (BSN) degree and will graduate Summa Cum Laude in May 2020. She is an active member of the Student Nurses’ Association and holds leadership positions, her class representative on the Student Development and Progression Nursing Committee, as well as a member of multiple honor societies nationally and internationally. Daria’s passion for nursing has led her to an interest of working in the emergency and critical care areas. Daria’s ultimate academic goal is to obtain a Master of Science in Nursing degree to be a Nurse Practitioner. Daria is First Aid and CPR/AED certified through the American Heart Association.

Daria is currently an Open Championship dancer and assists Elaine Slattery, TCRG at the Slattery School of Irish Dance in preparation for the TCRG exam in the near future. She successfully completed Grade Exams 1-12 and was awarded “The Diploma of the Irish Dancing Commission.” In 2019, Daria was a recipient of an Irish Dance Teachers Association of North America (IDTANA) Scholarship.

Daria hopes to instill joy and spread her love of Irish dance to all students who walk in the door.

​In 2013, Emily Manning was a fourth grade student in Eaine Slattery's classroom at Chester M. Stephens Elementary School.  It was here that she was first exposed to Irish dancing when she, along with her other classmates, learned to Irish dance in the month of March.  Her love for Irish dancing grew and when Elaine established the Slattery School of Irish Dance in April 2013, Emily was one of her first students.

Fast forward to 2019, Emily has competed in Local, Regional and National Irish Dancing Championships with the Slattery School of Irish Dance.  She has also performed in numerous events throughout the state of New Jersey, from local nursing homes, schools, and festivals to St. Patrick's Day parades and events.

Emily is now a Junior in high school and a student teacher at the Slattery School of Irish Dance.  From her experience assisting in classes, Emily has found her passion for teaching children and is currently enrolled in the Teacher Cadet Program in Mount Olive High School.  She is also an active member of the Mount Olive High School Marching Band and she is a member of the Future Teacher's Association (F.E.A.) with hopes of pursuing a career in the Education field, after she graduates high school in 2021.

Emily is currently a Preliminary Championship dancer and assistant teacher at the Slattery School of Irish Dance, working alongside Elaine Slattery, TCRG.  She is also working on her Grade Exams in preparation for her TCRG exam in the future.  Emily says she adores working with the young Slattery dancers and loves watching them enjoy their classes; improving and flourishing each week.

We are so excited to see where this journey takes her as she continues on in her Irish dancing career. 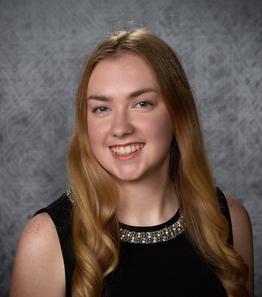 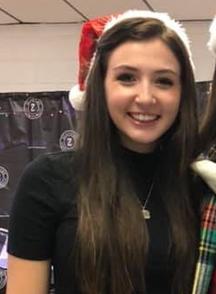 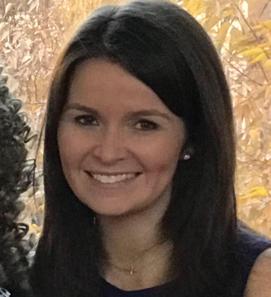 Elaine Slattery was born in Dublin, Ireland.  She began dancing at the age of 4 with the Crean School of Irish Dancing where she competed in and won several competitions, including the Leinster Championships, prior to immigrating to the United States in 1990.  Upon arrival in America, she attended the Schilling School of Irish Dancing in Wharton, New Jersey.  As a student with the Schilling School, in addition to competing in numerous local feisanna, Elaine also qualified to compete in her first U.S. Regional and National Oireachtas and qualified for her first World Championships in Limerick, Ireland at the age of nine.

In the fall of 1996, after the Schilling School closed, Elaine enrolled in the Kevin Broesler School of Irish Dance in Paramus, New Jersey.   Under the instruction of Kevin Broesler, ADCRG, she reached her highest potential.  She qualified and competed in Regional, National and World Championships each year until she retired from competition in 2005.  Elaine has medaled in Regional and National competitions throughout her dancing career, with her highest placement of 6th in the Regional Oireachtas and 13th in the Nation.

Elaine has performed with numerous Irish bands including The Chieftains, The Wolfe Tones, Cherish the Ladies, Eileen Ivers, Lenehan and Brendan Grace.  She has also performed with Norwegian Cruise Lines, represented Fitzpatrick Hotels and performed live on FOX and Friends News.

In 2007, Elaine was selected as the very first New Jersey Rose of Tralee.  This award was earned based upon her Irish background, activities honoring her culture and her future goals to promote Irish culture abroad.  This title gave her the opportunity to travel to Ireland as an ambassador of New Jersey to compete in the Rose of Tralee International Festival, which is held every year in Tralee, County Kerry.

In February, 2013, Elaine earned her Irish Dance Teacher Certification and is a registered teacher with An Coimisiun le Rinci Gaelacha (CLRG) in Dublin, Ireland.  She is also a proud member of the I.D.T.A.N.A. and the Mid-Atlantic Region.  Elaine has come full circle now, establishing her own Irish dancing school, which has been her dream since she attended her first World Championships at the age of nine in Limerick, Ireland.